Most companies are structured as if the 5% of the workforce at corporate knows more than the 95% who actually talks to the customers. Of course they don’t articulate that. But look at the last twenty changes to your customer experience. Were nineteen generated directly from the field? Or was it closer to one?

You certainly believe in listening to the customer (or you wouldn’t be reading a blog called “Heart of the Customer!”). But do you have a structured methodology to collect ideas from the field, deliberately test them, and then roll them out? Or do you have the equivalent to the often-ignored suggestion box?

In 2006, when High-Definition TVs were just becoming popular, Best Buy had a problem. Accelerating HDTV sales drove significant growth. But underlying this growth was a huge issue with increasing levels of returns. Customers plugged their new $2,000 TV into their existing $20/month cable hookup, and the resulting picture looked terrible. While the Best Buy associates generally told shoppers about the need to upgrade to high-definition cable, most didn’t listen. So when their picture looked awful, they returned their TV.

Not only was this a terrible customer experience, the returns were incredibly expensive.

An associate in Atlanta had the answer. He proposed placing two identical HDTVs side-by-side: one with a standard cable hookup, and one with a high-definition connection. His hypothesis stated that this would show customers the need for a better-quality connection, reducing returns and possibly selling some cable or satellite upgrades as well.

The corporate office tried to kill this test, as it was “too expensive” to have the same TV merchandised three places in each store (two at this display, plus another on the TV wall). Luckily, his manager believed in him, and they ran the test anyway. What happened?

Returns dropped significantly. This visual evidence helped customers understand what the associates had been saying all along – an expensive TV and a cheap cable hookup don’t work together.

The results were so spectacular that this became the focal point of Best Buy’s new Home Theater re-design. All 1,000 Best Buy stores were retrofitted with identical TVs at the center of the department – all because a field associate saw the customer’s pain and developed and tested a solution.

Listen to the Field

This was not an isolated event. When Best Buy was growing and dominating the retail world, this growth was fueled by engaged associates who were empowered to experiment. Best Buy created a deliberate process to teach associates to read financial statements, providing stores with daily reporting to allow them to evaluate their tests. They also developed a Hypothesis-Test-Verify model to separate great ideas from the rest.

In the next few weeks we’ll look at how you can build similar processes to allow your front-line staff to create a truly customer-inspired experience. We’ll include stories from great companies – Google and Amazon, but also Great Clips and Food Lion – who have learned to empower their associates.

In the meantime, keep thinking: how do you unleash the power of your customer-facing staff to create a truly great customer-inspired experience? 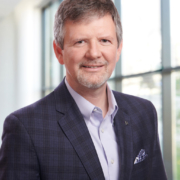 Listen to The CX Show Podcast

Scenes from the Launch of “How Hard Is It to Be Your Customer? 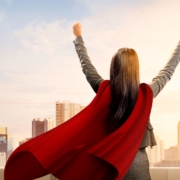 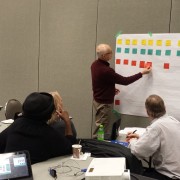 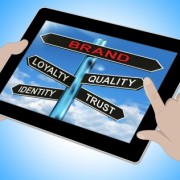 What the heck IS loyalty, anyway?

How Clear Are Your Instructions?

The Secret of CX Success
1 reply

Continue the customer experience conversation by connecting with us or subscribing to our blog.
Followon TwitterSubscribeto RSS Feed
Followon Youtube Connect withJim Tincher