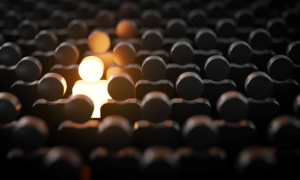 I’m pretty sure I’m going to take some flak for my recommendations, but today I want to talk about what it takes to be a successful customer experience leader, and how to hire the right person for the role.

Before I get into our findings, let’s stop by my bookshelf…

There you’ll find Outliers from Malcolm Gladwell, which popularized the 10,000-hour rule. That’s Gladwell’s contention that to be successful in a domain, you need 10,000 hours of dedicated practice.

One of the stories that really stuck with me from that book was about how Bill Gates and Steve Jobs both learned computer programming while they were young, which is part of the reason they got to be so good at it.

We can go a little deeper with Sources of Power: How People Make Decisions, by Gary Klein, which I refer to often and highly recommend. One of the examples featured there describes how repeated practice is what makes firefighters successful – but not so much because of what they practice so much as how they use those learnings to recognize patterns and make fast, effective decisions under pressure.

Klein explains that when solving for a problem, firefighters don’t weigh all their options to see which might be best in a given situation. Their thinking is more linear and efficient. They look at Option A and ask, does this match the pattern of this fire? If yes, then I’m going to do this action. Only if the answer is no will they move on to consider Option B, and so on.

They don’t waste time – which is often in short supply – weighing the merits of A, B, C, and D. They draw on their learned experience to choose the first, best option that will solve the immediate problem at hand.

But, of course, it’s not quite that clear cut…

In Thinking, Fast and Slow, Daniel Kahneman found the opposite, determining that experience has very little to do with expertise in many domains. Take predicting political events: those with a deep background in foreign relations were no better at predicting, for example, regime change, than the average layperson.

Similarly, when it came to predicting who would be a good employee, experienced managers were no better guessers than a chimpanzee throwing darts.

The fact is, the expertise of even accomplished professionals might only apply to certain, specific situations. Their knowledge is near useless for broad application.

So does CX experience matter or doesn’t it?

Fortunately that’s a call we don’t need to make. Klein and Kahneman co-authored a paper that reconciles these two schools of thought.

In Range, author David Epstein describes the pair’s findings. It turns out that there are two types of learning environments:

What does this mean for customer experience?

Our research, including more than 150 hours of interviews we conducted with CX leaders, showed conclusively that experience in the CX field, in and of itself, was not a predictor of success.

We found that most of the successful leaders we interviewed didn’t have long resumes filled with CX experience, but instead came from another part of the organization.

Some examples: Jen Zamora at Dow, who came from Customer Service and Sales; Nancy Flowers and Laurie Englert with Hagerty and Legrand, respectively, who came from Marketing; Olga Budieri from Aramex is an engineer by design (I love that!); Natasha Tu from Salesforce came from Finance; and Darin Byrne of Wolters Kluwer came from Operations.

Meanwhile, the CX leaders we interviewed who were struggling almost universally were hired from outside of the organization.

So for the best outcome, look within. Take customer-focused people who have been successful in other roles and move them over.

There won’t always be internal candidates

While looking within is great in theory, it doesn’t always work in practice. In that case, you’re going to want to find someone with broad experience. Just beware of a long stint at a single organization on a resume.

As I’ve shown, it’s not a given that someone in CX can do well anywhere. This is partly due to cognitive entrenchment, which is getting used to doing things a certain way, and then not being able to adapt to new situations.

Because CX is a “wicked” learning environment, where different organizations operate differently, cognitive entrenchment can make it really hard to be successful when you come to new organization after a long stint with another company.

We can learn a lot from outliers

So let’s look to examples of successful leaders who did come from outside the organization. Three great top-of-mind examples are Roxie Strohmenger at UKG, Bill Staikos during his time at FreddieMac (he’s now with Medallia), and Stacy Sherman at Schindler Elevator Corporation.

All three came in from outside the organization and made a real impact. They might be outliers in our research, but there’s still a lot we can learn from their circumstances because they all have something in common.

Want to guess what it is?

They all have a background in consulting. Gary Batroff from Thunderhead actually called that out on LinkedIn, where I recently posted a short video on this topic. He was 100% right.

A background in consulting forces you to learn how to apply customer experience to a number of different organizations and industries. That prevents cognitive entrenchment.

Also on my LinkedIn post, Erin Wallace at BASF and Tabitha Dunn at Ericsson were kind enough to offer suggestions from their own experience for what to do when you are brought in from outside. They specifically mentioned building a strong network internally, so that even though they didn’t know how things worked inside the new organization, they had partners who did, enabling them to accomplish more and learn more quickly.

Roxie joined us earlier this month for a great webinar (now available on demand!) about measuring emotions. She talked, too, about her first 60 days at UKG (then Ultimate). During that time, she instituted no changes, just did a listening tour to learn everything she could about the organization. It’s no wonder she was so effective!

So if you do need to bring someone in from outside – and that’s often the case – look for someone with a broad background in consulting. Then make sure you surround them with people who can help them learn how your organization works.

Following that advice will set the stage for success for new CX leaders. (And get in touch if you’d like our help in filling that role at your organization!) 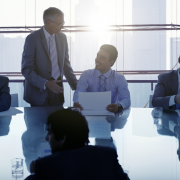 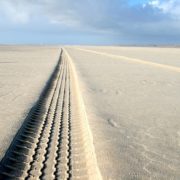 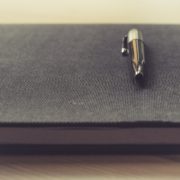 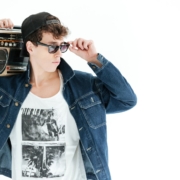 Learn Everything You Need to Know About CX From ’80s Music

A Wonkish Look at First-Principles Thinking

Drive Your CX Strategy With Dashboards
Scroll to top