If you’re reading this, you probably already know that customer experience (CX) is important. But even the staunchest CX advocates might not realize that CX done right can save lives.

Earlier this week in this space you met Lee Becker, Chief of Staff of the Veterans Experience Office (VEO) of the Department of Veterans Affairs (VA). He discussed the challenges of integrating CX principles into governmental structures, and the four CX capabilities – Data, Tools, Technology, and Engagement – on which the VEO’s successful program is based.

Today we focus specifically on how the VEO is maturing its data capabilities to address trust, a fundamental component of customer loyalty and satisfaction.

As we mentioned in our previous blog post, it was a 2014 scandal that prompted the agency to make customer-focused changes to improve its ability to meet the needs of the Veterans, caregivers, families, and survivors it serves. So, one of the most difficult issues to tackle was rebuilding trust.

To that end, the VEO has devoted significant effort to maturing VA data capabilities. They’ve designed new ways of gathering real-time insights and feedback, and use artificial intelligence (AI) systems to analyze responses to detect friction and respond to – or, ideally, prevent – crises.

Lee stresses the importance of the “three Es” of the Forrester method: addressing Effectiveness, Ease, and Emotion in customer interactions in order to deliver the best experience.

“If care is effective in the three Es, it will be a driver for trust,” Lee said. “We all know it on a personal level – we don’t interact with people or companies we don’t trust.”

But how do you measure trust? And what if you don’t like what you learn?

“It was risky, and initially there was pushback for not using a standard metric,” Lee admitted. “Trust is an almost sacred relationship, complex and difficult to measure. We thought, ‘Can we really do that?’ The key was willingness at the leadership level to take that risk. There was clarity. This is what we want to know and it’s okay if it’s bad news…we’ll know it, and we’ll move on from there.”

The way in was to ask Veterans, in the moment. Initial 2015 survey scores from a rough sample were in the 40s. Not as bad as the agency might have feared, but clearly leaving plenty of room for improvement.

From those surveys, they expanded their data collection efforts to the Veterans Signals program (VSignals), which has gathered more than four million responses since 2017. Feedback collected in person and digitally now fuels VA decision-making and actions on local and national levels.

These efforts are paying off. The trust level rose to 59% by the end of 2016, and recently leveled off around 72%. (Not too shabby for a federal agency, when trust in the federal government overall today is anchored in the anemic 20s.)

On the health care side, the results are even more impressive: 88% of Veterans who use VA hospitals and clinics say they trust their providers. As the VA directly trains about 75% of those providers, this number is even more meaningful.

“We were flabbergasted by the results. If they use us, they love us. And Veterans thanked us. We heard ‘thank you for asking me that, thank you for recognizing that this is important for me.’ And that is just very heart-warming and showed that we’re on the right track.”

On a macro level, they made one particularly important discovery: “What we found was a possible correlation between trust and suicide alerts. When trust went up, suicide alerts went down. The lower the trust, the more suicide alerts we were having,” Lee said.

Given that more than 6,000 Veterans committed suicide in 2017 (about 15% of suicides nationwide that year), improvements in this area have the potential to impact thousands of lives.

“We were like, ‘whoa, that is really powerful.’ And it shows us how important trust is, and is saying to us that this works. If you trust your provider, you will use them, listen to them, adhere to their guidance.

“Arguably what that says is that CX saves lives. It puts it on a whole other level.”

The program’s AI capabilities have enabled more than 1,400 early interventions so far, reaching out to Veterans in need and routing alerts to crisis centers and other local offices that can offer additional assistance.

Lee has seen the results of mistrust between patients and providers firsthand. As a Navy Corpsman and a nurse years ago, he saw patients return to the ER time and time again. “When they don’t have a relationship with a provider and trust that their care plan is right, every few months they’re going to end up in the emergency room.” They won’t follow their plan, and like clockwork, the negative consequences of that decision mount until a crisis brings them in.

Trusting your medical team doesn’t just keep you healthier, it aids in recovery. “I remember I was told that 50% of a patient getting better is them believing they will get better. If they don’t believe that, you’re at a deficit, you’re going to be going uphill all the time. When there is trust, the cost of care is actually going to be lower,” Lee said.

The math is simple: the more people trust the VA, the better the outcome for Veterans and the lower the costs for the agency and taxpayers. Good stewardship doesn’t get much better than that.

No resting on laurels

As the VA continues to build its real-time data collection capabilities, the local community advisory boards we discussed in last week’s post will also become more effective and more important. They will get better at deploying resources on a local level where they can do the most good, and at responding without delay when a Veteran is need.

But Lee knows there is more to be done. When lives are stake, getting good grades isn’t good enough. Lee sees “transactions” (e.g., claims processes) as the next big opportunity for improvement. “Imagine government interactions being empathetic? Trust is key, and we have shown that it is actually very measurable, and it is powerful.” 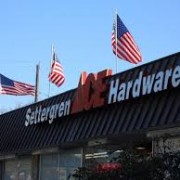 Why is Ace Hardware trying to buy my loyalty? 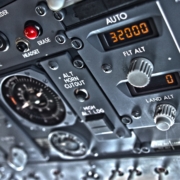 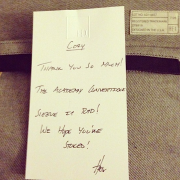 End Your Customer’s Experience on a High Note 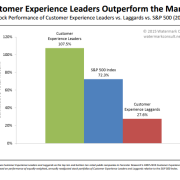 We still have challenges navigating trade-offs when deciding what to map. 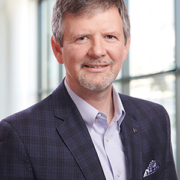 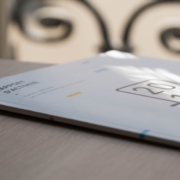 How a 10-page Report Can Help You Win Your Customer

It only takes 3 seconds to destroy your service experience

Creating a Customer-Centric Agency at the Department of Veterans Affairs (V...